This tension may seem paradoxical, insofar as both discourses – the postcolonial and the anti-anti-Semitic – at least nominally feature resistance to historical forms of deep-seated discrimination and structural or even civilizational oppression by European hegemonic and imperial powers against weak minorities, often with theological and racist underpinnings, which has manifested in genocidal politics.

This panel seeks to explore, flesh out and reflect on this complex constellation of rivalry, polemics and even antagonism, which epitomizes deep struggles and tensions within contemporary culture, theory and politics.

Among the questions to be discussed is the present discursive status of the notion, definition and historiography of anti-Semitism; the interface between anti-anti-Semitism and other contemporary discourses that concern similar sets of themes and problems, such as antiracism, Black Lives Matter movement, struggle against Islamophobia, feminism and postcolonialism, as well as the critique of Orientalism; the roles of the State of Israel in these constellations, and different “diasporic” positions: in Germany, France, the US; questions concerning the status of Jewish identity, culture and knowledge, modern and traditional, especially rabbinic intellectual tradition: the meaning of its assertion in the context of the tension between anti-anti-Semitism and postcolonialism, whether the difference between Western and rabbinic traditions can be shown in different approaches to identity and antagonism, also different strategies of dealing with modern anti-Semitism itself.

Schirin Amir-Moazami is Professor of Islam in Europe at the Institute of Islamic studies at Freie Universität Berlin. She studied Political Sciences and Sociology in Frankfurt/Main, Berlin, Aix-Marseille and Paris. She holds a PhD from the European University Institute in Florence, Department of Social and Political Sciences.

Schirin Amir-Moazami published widely on topics related to Muslims in Europe, especially Germany and France, with a focus on political secularism, the politics of knowledge production, body politics and governmentality. She is the editor of the volume “Der inspizierte Muslim. Zur Politisierung der Islamforschung in Europa” with transcript and the author of the monograph: „Interrogating Muslims. The Liberal-Secular Matrix of Integration” that will be published with Bloomsbury Press in spring 2022

Jonathan Boyarin is the Diann G. and Thomas A. Mann Professor of Modern Jewish Studies at Cornell University, where he has taught since 2013. He previously held positions at the University of North Carolina and the University of Kansas.

Jonathan’s research and writing centers on Jewish communities and on the dynamics of Jewish culture, memory and identity. He has investigated these fields in a range of ethnographic projects set in Paris, Jerusalem, and the Lower East Side of New York City. He has extended these interests into comparative work on diaspora, the politics of time and space, and the ethnography of reading. He is also a Yiddish translator.

One of his most enduring and rewarding engagements has been with the enduring importance of text in Jewish life—from the foundational scriptures, to the almost 2,000-year long tradition of rabbinic debate and commentary centered on the monumental Babylonian Talmud, to the remarkably central role of Jews in modern and postmodern Euro-American literature and criticism. The way Jewishness is shaped by text is fertile ground for blurring the lines between anthropology, history and literary cultural studies, and assures a field that is vastly richer than one scholarly career can encompass.

Jonathan has written, translated and co-edited a number of books, beginning with From a Ruined Garden: The Memorial Books of Polish Jewry, in 1983. He lived on the Lower East Side from 1978-2020. His participation in the Jewish community there led to two books: first, Mornings at the Stanton Street Shul (2011) and most recently, Yeshiva Days: Learning on the Lower East Side (Princeton University Press, 2020). 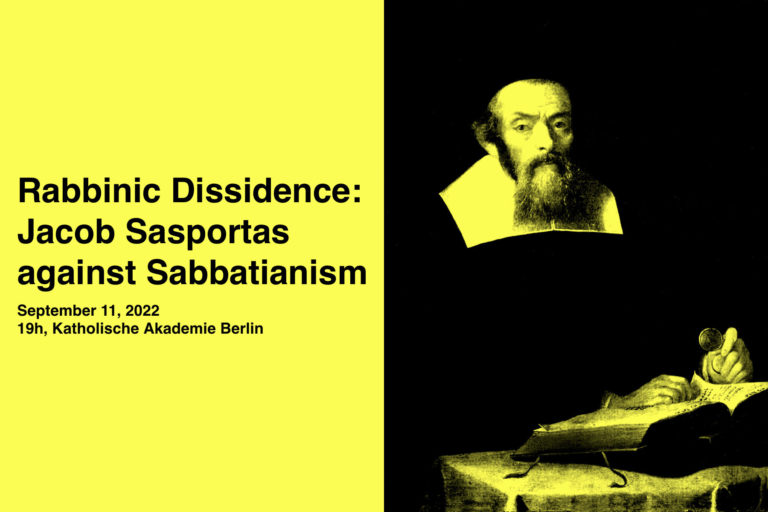 Diasporic Knowledge – Rabbinic Dissidence Public panel discussion in English with Prof. Yaacob Dweck (Princeton) and Prof. Marc-Alain Ouaknin (Paris), moderated by Prof. Elad Lapidot (Berlin/Lille). In 1665, Sabbetai Zevi, a self-proclaimed messiah with a large following in the Ottoman Empire and Europe, announced that the redemption of the world was imminent. As Jews everywhere… 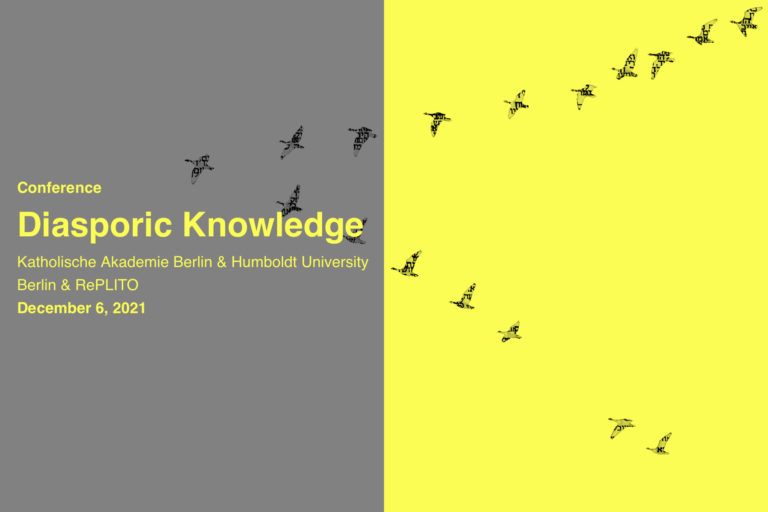 Diasporic Knowledge – Conference Last decades have seen the rise of “diaspora” as a central category or Denkfigur for critical thinking of contemporary politics, culture and society, which calls into question dominant nation-state models. This conference seeks to examine more specifically the epistemic foundations of diapora, by exploring conceptually and historically the meaning(s) of diasporic knowledge, whereby “knowledge”… 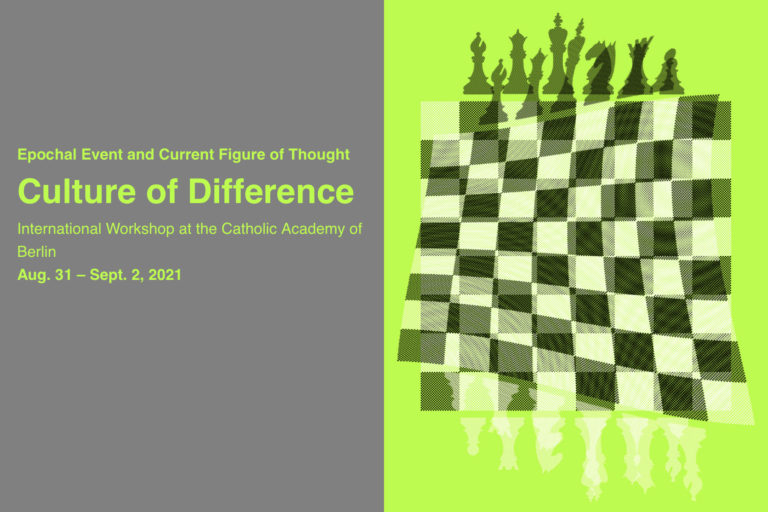 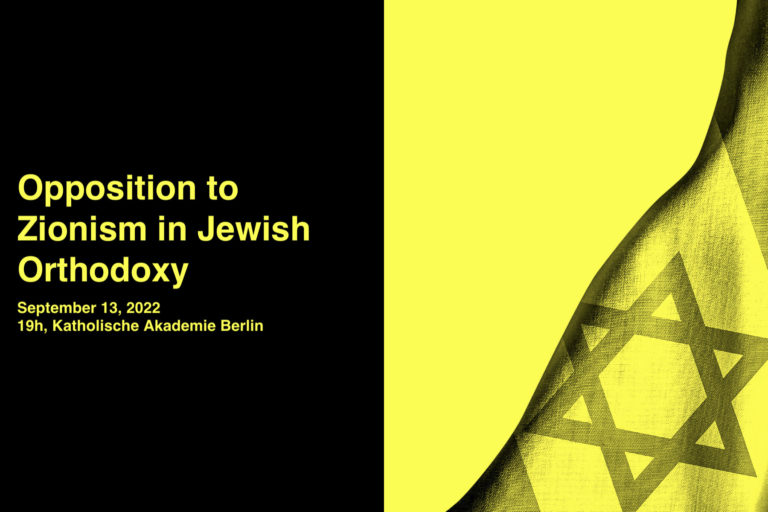 Opposition to Zionism in Jewish Orthodoxy Public panel discussion in English with Prof. Yakov Rabkin (Montréal) and Dr. Hannah Tzuberi (Berlin), moderated by Prof. Elad Lapidot (Berlin/Lille) Orthodox Jews opposed Zionism when it emerged in the late 19th century. This rejection has not disappeared to this day and represents an important, often unknown aspect of… 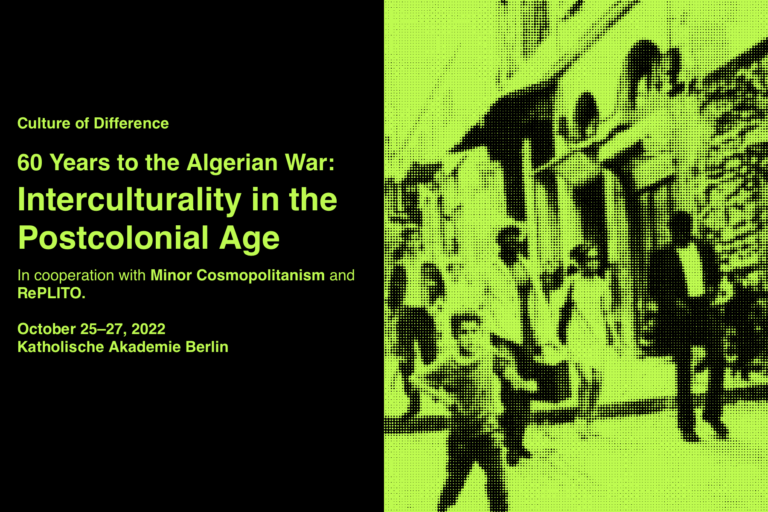 60 Years after the Algerian War: Interculturality in the Postcolonial Age Over the six decades since it officially ended, the Algerian War has become a key event for marking, retrospectively, the beginning of a new era in European, Western and global history. This new era is characterized by the proclaimed end of Western hegemony – by the… 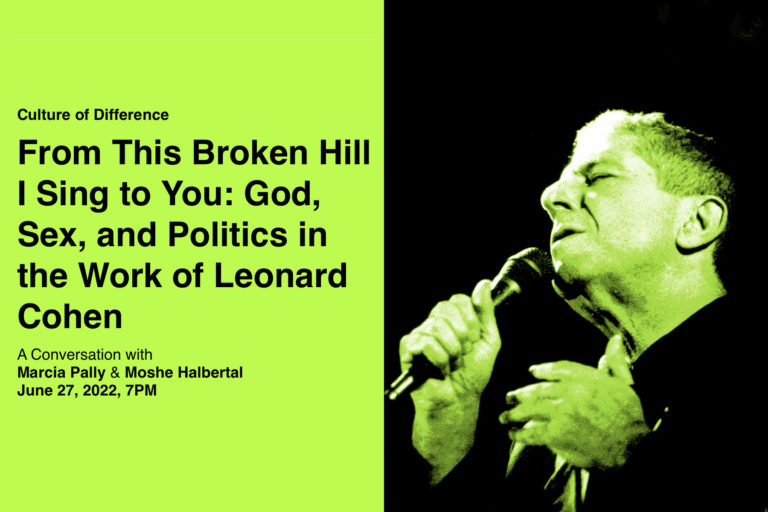